Making major changes to how you do business is an important decision involving complex factors. It makes sense to give it a lot of thought before going forward with improvements to your...
5 minute read

Making major changes to how you do business is an important decision involving complex factors. It makes sense to give it a lot of thought before going forward with improvements to your technology—but sometimes your own thinking can lead you astray, as in the case of cognitive bias.

This term refers to a thought pattern that prevents you from seeing the true nature of a problem and taking steps to solve it. One cognitive bias, in particular, leads people to avoid making structural changes to their I.T. systems: the sunk cost fallacy.

What Is the Sunk Cost Fallacy?

You’ve probably heard the term “sunk cost fallacy” used to describe things like financial investments and interpersonal relationships, but it can apply to any important decision.

Basically, this thought pattern occurs when someone continues a behavior because of the mistaken belief that too much has been invested to turn back. Oftentimes, people feel that if they veer from a path that is not working, that means all their time, money, and emotional investment will have been wasted.

According to Behavioral Economics, the sunk cost fallacy is related to a logical fallacy known as the status quo bias. This line of thinking can be summed up as “better the devil you know,” i.e., what is familiar is best, even if it is not perfect.

The status quo bias is likely to set in when there is a high degree of uncertainty about the outcome, even if the cost of changing one’s approach to a problem is relatively low.

How It Affects Your Thinking

The reason the sunk cost fallacy is so insidious is that it seems logical. It makes sense to get your money’s worth out of existing technology rather than investing in a better solution.

Inertia is a force to be reckoned with, and it can seriously influence your thought process. It often seems like it’s just easier to avoid making major changes when you are able to make do with the solutions already in place, even if improvements will save you money and protect your data in the long run.

Business decisions are particularly vulnerable to the sunk cost fallacy because people making the call are likely to pursue options they deem to be less risky. Financial investments nearly always involve some degree of risk, so it can seem safer to stick with the old way of doing things—even if adhering to familiar patterns is costing you money and time.

When approaching an issue such as improving your existing I.T. solutions, it’s easy to fall prey to the idea that improving efficiency is not worth the initial investment. If you are unsure that the money and time it takes to make improvements will actually pay dividends, you might doubt that the potential benefits are worth the cost. This leads to CIOs indefinitely putting off the very upgrades that will increase efficiency and protect their company’s information in the event of a data breach.

How to Avoid the Sunk Cost Fallacy

To avoid falling victim to this self-defeating cognitive bias, it’s best to take a step back and

view your I.T. decisions as part of a long-term strategy. Keeping a clear goal in mind will help you to determine if your current setup is holding you back.

In addition, you should be keeping tabs on exact I.T. costs so you can make a decision based on accurate information rather than vague feelings of preferring the status quo. For example, ZDNet reports that each hour of network downtime can cost a business as much as $140,000. When adding up the high cost of network failures, it becomes clear that not making improvements is often more expensive than the prospect of change.

How Managed Services Can Help

Contracting with a managed service provider for a predictable monthly cost can remove some of the uncertainty involved with making an important decision. When the outcome and associated costs are known, it is much easier to make changes with confidence. In addition, an MSP is typically much less expensive than the alternative of shouldering the cost of your own hardware and network upgrades.

With services like network monitoring, remote help desk support, disaster recovery, and secure cloud storage, managed service providers reduce costs while protecting your data—making them an attractive option even for those who are anxious about moving beyond the status quo.

Once you’ve identified a problem with your I.T. solutions, it can be difficult to know how to proceed, especially if you’ve already invested a significant amount in your company’s technology infrastructure. For more information about how an MSP can help your company tackle emerging I.T. challenges, call 844-44-JMARK, email us at [email protected] or visit the Contact Us page of our website. 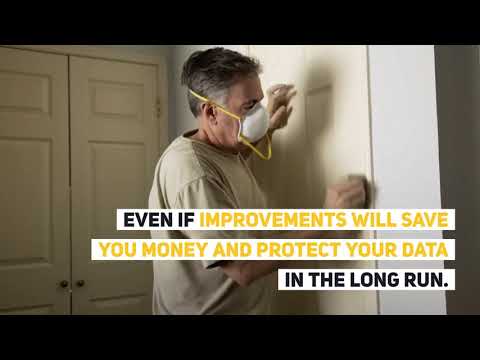 Interested in the rest of our Cognitive Bias blog series? Check it out here!

Our Resources page is where we keep the REALLY good stuff.

How Your Bank Can Increase Profits By Investing in Your I.T.

(Photo by CreditRepairExpert on Foter.com) Data breaches. Identify fraud. Rapid technological change. These are the challenges banks must contend with in the modern business world. Banking is an industry that requires constant innovation...

4 Ways Upgrading Your I.T. Can Give You an Advantage

The primary objective of your technology is to enable your organization to achieve its goals. Your I.T. service provider, be it an internal I.T. team or external partner, must align...

A Business Continuity Plan Is Essential to Surviving a

Technological revolutions seem to come fast and quick these days. Today, the name of the game is digitalization. Businesses of all sizes and shapes are all scrambling to prepare for...

Does Your I.T. Consulting Partner in Tulsa Assign Strong

You better make sure your I.T. consulting partner in Tulsa knows about security measures to protect against cyber crooks who try to impersonate other entities. Not only is cybercrime on...

Your associates have always been patient and professional when I have needed their assistance. I appreciate their understanding in recognizing the importance of responding to our requests in a timely manner.